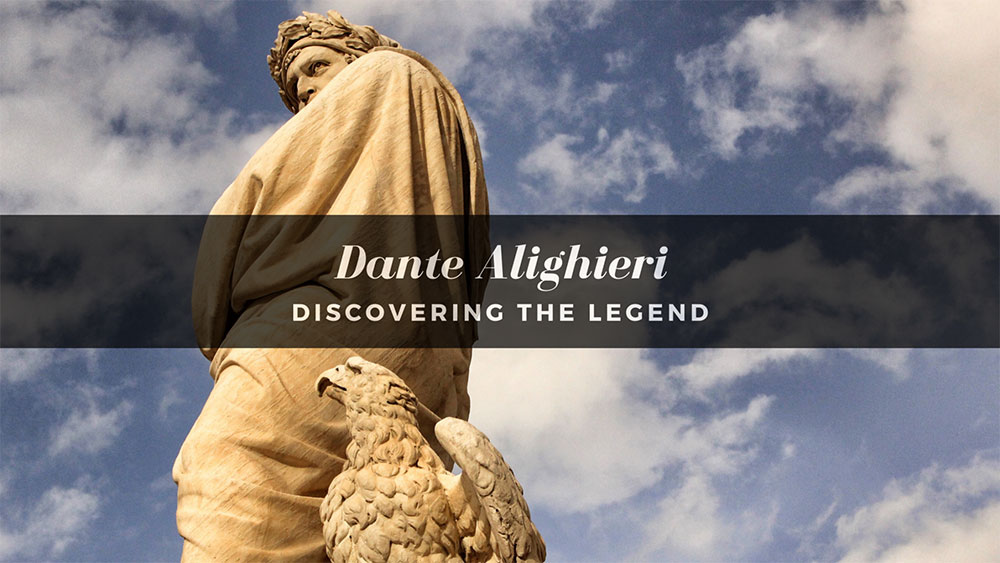 On the occasion of the anniversary of his death, Italy has decided to celebrate the figure of Dante Alighieri on March 25th, 2021. This event, named “Dantedì“, coincides with the beginning of the journey into the afterlife decribed in the “Divine Comedy”. But who was Dante Alighieri? Let’s find out in this article.

In 1321 the Great Poet Dante Alighieri passed away. After 700 years, he is still remembered today. As a matter of fact, his books are subjected to study in many institutes and schools of all types and levels.

Who was Dante Alighieri?

Dante Alighieri was born in Florence in 1265, but the exact date of his birth is not known. It is assumed, however, that little Dante was born between May 21st and June 21st of that year.

He was baptized with the name of Durante di Alighiero degli Alighieri. Therefore, he was simply called Dante.

The Alighieri family was part of the minor Florentine nobility, so little Dante lived a life of well-being and comfort.

He was an important linguist and philosopher, but he also approached the political life of the time, characterized by the contrasts between the factions of the Guelphs and Ghibellines.

Dante, siding with the White Guelphs, was first condemned to exile (from 1301 to 1311 with short periods spent between Verona, Bologna and Ravenna) and subsequently sentenced to death.

The last place where the poet lived was the city of Ravenna, where he died in the night between September 13th and 14th, 1321. Exaclty 700 years ago.

Dante Alighieri has always been considered the father of the Italian language, but also the creator of the famous opera, known all over the world: the Divine Comedy.

Controversial, but at the same time very shrewd, he had the ability to leave a profound mark in the passage to modern literature. For this reason, he was nicknamed “The Supreme Poet”.

However, like all famous artists, Dante Alighieri also had his inspiring muse. Her feelings for Beatrice Portinari are well known to all and love for her is celebrated and sung in her most important works. In fact, the Poet defined her: “the love of her life as well as inspirational muse“.

There are also many places from Tuscany to Emilia-Romagna, up to Veneto, which have seen the presence of Dante Alighieri, both as a poet as well as a politician.

His life in Florence before the exile

Especially in Florence, his hometown, we can stroll through the alleys of the historic center to admire the symbolic places of the life of the Supreme Poet.

Just think of the Dante’s House Museum. In fact, it is precisely here that the poet was born and spent the years of his childhood. Today, the Museum hosts not only everything inherent Dante Alighieri’ life, but also seeks to include aspects of Florentine life during the Middle Ages.

In addition, a few steps from his birthplace we can come across the Church of Santa Margherita dei Cerchi. Also known as the “Dante’s Church“, this was the place of worship frequented by the Alighieri family as well as where the Poet formalized the arranged marriage with Gemma Donati. Someone tells that in this church buried Beatrice, Dante’s muse; while some others rumors, on the other hand, claim that the young woman rests in the Basilica of Santa Croce. It is also said that this was the exact location of their first meeting.

Turning the corner, you will pass in front of Palazzo Portinari Salviati, better known as the House of Beatrice. Unfortunately, it is not possible to visit this place, as today luxury apartments have been built in this area.

Another stop not to be missed is a visit to Palazzo Vecchio, perhaps accompanied by a tour guide who will lead you through the various rooms of this wonderful symbol of the Florentine Republic. Here, you can admire the famous Funeral Mask, a copy of the poet’s face that celebrates the figure of Dante Alighieri and the contribution he made to the city of Florence.

If you are walking near the Florence Cathedral, you will find the Baptistery of San Giovanni, the site where little Dante was baptized in 1266. Furthermore, this place was mentioned several times in the verses of the Divine Comedy.

In addition, exactly on the wall of the building on the right side of the Cathedral, we can find a marble commemorative plaque with the following words engraved: “Sasso di Dante“. It seems that at this precise point the Poet used to sit on a boulder absorbed in his own meditations.

The Florentines have so desired that Dante came back  to Florence after his exile. However, he did not have time to return, as he took his last breath while he was in Ravenna. Many asked that his body be returned to the city to rest in the Basilica of Santa Croce. Nevertheless, today, inside the church we can admire a wonderful funeral monument in honor of him, empty and awaiting his body.

We recommend you to join a guided tour and, together with a tour guide you will have the opportunity to discover all the secrets behind this place considered as a true “hall of fame” of the most illustrious Florentine personalities.

As already mentioned before, Dante Alighieri was exiled from Florence and found shelter with the lords of some of the most beautiful and noble cities in Italy.

Verona is the city where the Poet stayed the longest, as a guest of Cangrande della Scala, lord and patron. Inside the Capitular Library he wrote much of the Divine Comedy. In Veneto, precisely on the hills of Valpolicella, we find Tenuta Serego Alighieri, today a renowned wine cellar, where you can join an exclusive wine tasting experience. The name of this place comes from that of the Supreme Poet. In fact, the estate was purchased in 1353 by his son Pietro Alighieri, who had followed his father during his exile in Verona. Today, Tenuta Serego Alighieri is considered the oldest wine cellar in Valpolicella as well as one of the most valuable. We also talked about it in our article on the wineries of Northern Italy, which you can find here.

Bologna, on the other hand, known for its characteristic arcades, was the noble city where Dante studied at the oldest university in Europe. Here he spent repeated periods.

Despite his exile, Dante tried several times to return to his beloved Fiorenza without ever succeeding. In fact, Ravenna was the last refuge of the “fugitive Ghibellin” (so called despite the fact that he was a Guelph), where he settled until his death in September 1321. Even today, visiting the city you can admire  the Basilica of San Francesco, where his funeral was held, and the Tomb of Dante Alighieri, where he rest.

All events to remember him

Despite the difficult period we are all experiencing, there have been numerous demonstrations and events to remember and celebrate this celebrity.

Among these, on the website of the Ministry of Culture, a rich program was offered to celebrate the importance of the Poet and the project “Dante’s Italy“, in collaboration with the Dante Alighieri Society and the Ministry of Culture, with the aim to promote and discover the territories linked to the author of the Divine Comedy through the proposal of itineraries that follow the footsteps of Dante.