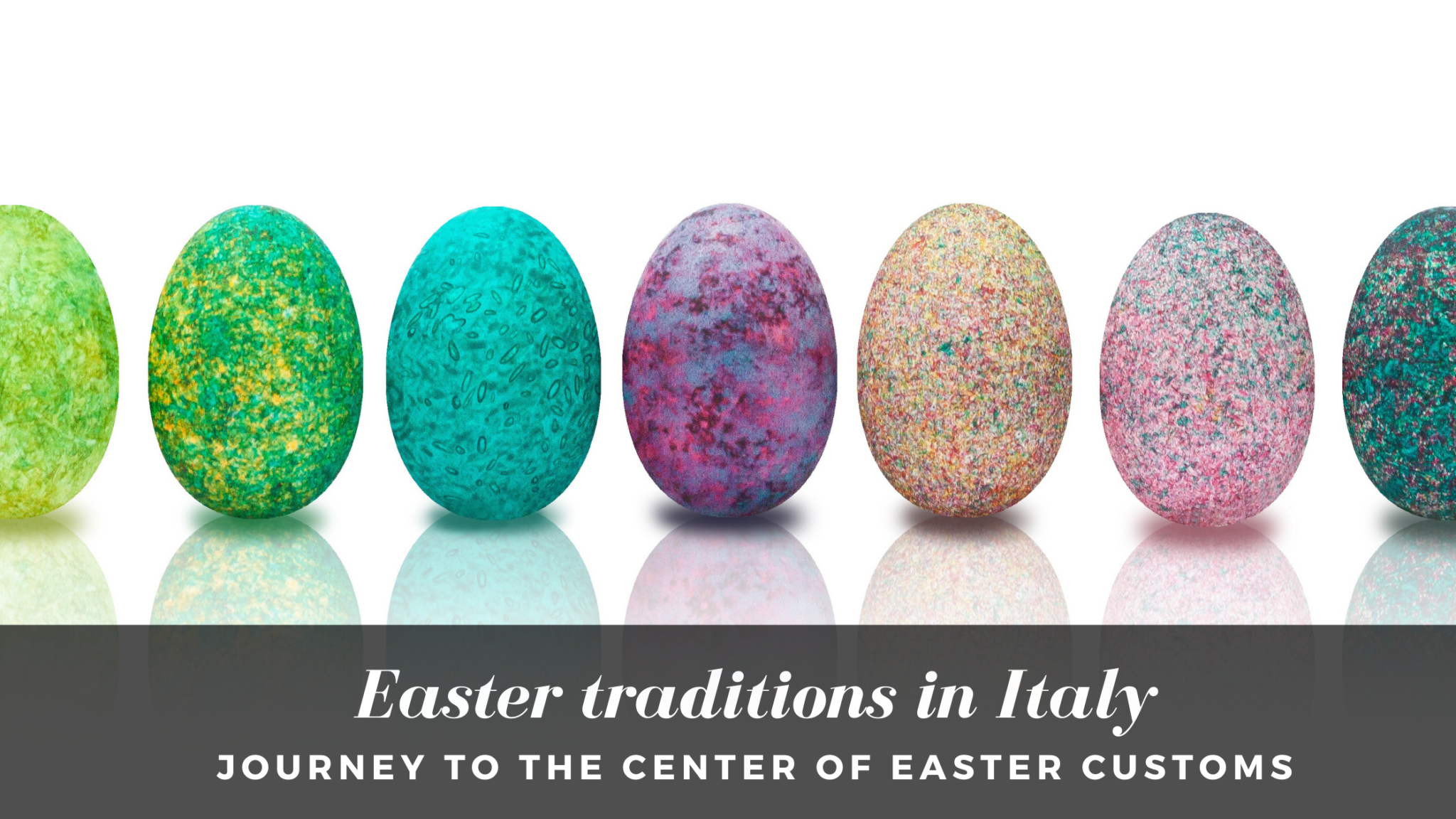 Easter is upon us and in a few days we will celebrate this holiday. But what traditions are hidden behind this festival in Italy? And what stories made Easter one of the most colorful celebrations in Italy?

The celebration of Easter has very ancient origins, linked to the Christian religion. In fact, the passion and resurrection of Jesus is celebrated.

The days of Easter begin on Good Friday, also known as “Good Friday”. During this day, the Calvary of Jesus and the famous Last Supper are remembered.

In fact, the Via Crucis is celebrated in almost all Italian cities. It is a journey divided into ten stages to remember the passages of the Gospel. During these stops the verses of the scriptures are read and the historical events that led Jesus to Golgotha ​​are recalled.

It is a very suggestive solemnity. We want to make a special mention for the Pope’s Via Crucis in Rome. During this journey, the deposition of Jesus is also celebrated: a strong image of this passage is well represented by Michelangelo’s Pietà preserved in St. Peter’s in the Vatican. The path that is followed by the Pope during this event lasts about two hours and is carried out at the Colosseum. Only last year, due to the restrictions of Covid-19, it was celebrated at the Papal Magisterium.

Afterwards, Holy Saturday is a day of silence and recollection, to celebrate Jesus’ descent into the Underworld. The day ends with the beginning of the Easter Vigil, that is, those rites that will introduce the feast of Easter.

And here we are on Easter Sunday. As you imagine it is a special day: traditionally the return to life of Jesus is celebrated, that is, his resurrection.

There are thousands of traditions and rites throughout Italy that characterize this day.

For example, in the city of Florence it is possible to attend the rite of the Colombina and the “Scoppio del Carro”.

This is a traditional ritual that takes place every year in Piazza del Duomo.

A legend tells that the mythical Brindellone, that is a pyrotechnic tower positioned on a cart pulled by two pairs of oxen, was financed by the Pazzi family.

Today, the Brindellone is made up of three floors and has a triumphal aspect, to celebrate the city of Florence. His parade through the streets of the city starts from Porta al Prato. Meanwhile, the procession of prelates originates from the Church of the Holy Apostles in Piazza del Limbo.

The chariot is then positioned between the Baptistery of San Giovanni and the Cathedral of Santa Maria del Fiore. At the height of the ceremonial rite, while Gloria is being sung, the archbishop lights a dove-shaped rocket. The rocket, using a rope, starting from the altar of the Cathedral, runs along the central nave and reaches the Brindellone in the square, causing it to explode and thus starting the traditional Easter festival.

But be careful: the Colombina mechanism should ensure that this, after turning on the cart, goes back towards the interior of the Cathedral.

Legend has it that she is a symbol of bad luck if Colombina did not return: she failed her mission to return to the Cathedral in 1966 for example.

But the Easter traditions don’t end there. For example, have you ever wondered why we give ourselves eggs on Easter day?

Originally the egg had a meaning for pagan rites: it wanted to identify the rebirth and awakening of nature, representing a good omen for the fertility of the soil and livestock.

The Christian tradition has absorbed this meaning, where eggs symbolize rebirth and resurrection. Today, in fact, eggs are often blessed during Easter rites. They are then given to the faithful and to the participants in the rites to bring some good luck to the people.

In some Italian cities, we can have fun with egg hunting: these are colored eggs hidden in city parks. The little ones can have fun looking for and finding them and spending time outdoors with their friends.

Another Italian tradition for Easter is the Colomba. It is a traditional dessert with a similar, if not identical, dough to that of the Christmas panettone.

It is said that it was King Albonio of the Lombards who first tasted this dove-shaped cake to symbolize peace.

However, it was only at the beginning of the twentieth century that an advertiser launched this cake on the market during the Easter period. We are therefore talking about a very modern tradition that has caught on quickly, thanks to the goodness of this dessert.

Today the Easter dove is in fact created using the same dough as the panettone. This allows industries and pastry shops to use the same machinery and systems as in the Christmas period, so as to optimize waste. The cake is then coated with an almond and amaretto glaze.

Finally, Easter Monday, or Easter Monday, for many means “a trip out of town”. If you are looking for some advice to make the most of this day and spend a few hours outdoors, we recommend that you visit THIS PAGE for ideas, ideas and much more.

And you, how do you usually celebrate Easter? Do you have any particular traditions and rituals?