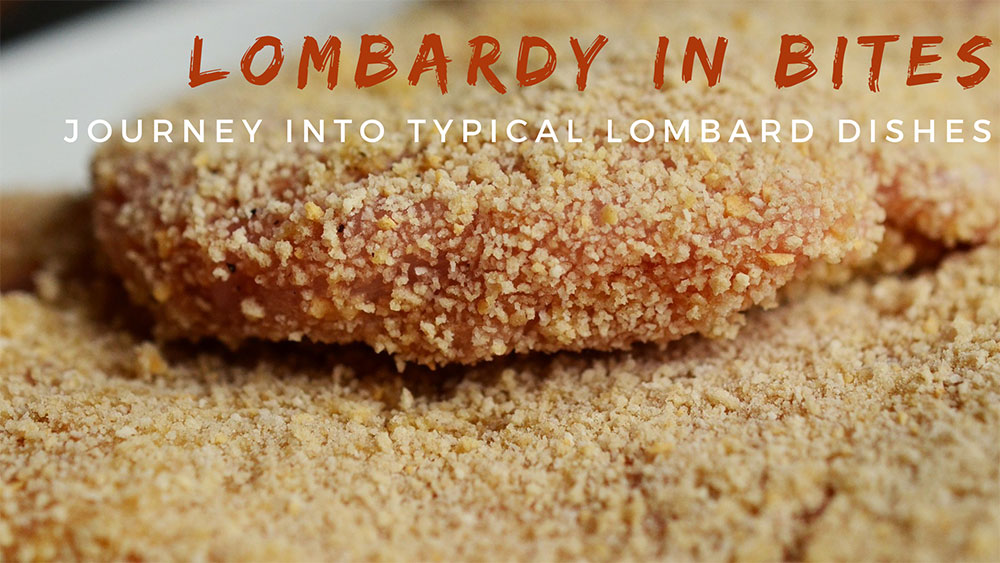 Some typical Lombard dishes to try

If you are looking for good food and traditional dishes, Lombardy is for you: in this article, we will discover some typical flavors of Lombard cuisine. Let yourself be tempted by the delicious tastes and courses to suit every palate.

We had already talked about some traditional Lombard dishes in one of our previous articles, which you can find HERE.

However, Lombardy boasts an important gastronomic history and has an immense availability of raw materials of excellent quality. The landscape conformation of the Region allows having a territorial variety that translates into multiple dishes and tastes. In fact, lakes, rivers, plains, mountains, and much more give rise to dishes known all over the world. In this article, we will show you some typical Lombard dishes, to try at least once in your life.

Polenta is one of the oldest dishes in the world. It is said, in fact, that its presence found its place among the tables of the ancient Sumerians.

Over time, however, each population has made the recipe for polenta their own, to the point of personalizing it to the point of making it a typical dish and inserting it in the various menus.

In Lombardy, today, polenta has corn or buckwheat flour at its base and is a very simple dish: the flour is poured into boiling water and cooked, turning it continuously, for an hour in a copper pot and with a wooden ladle. It is said that polenta is ready when it comes off perfectly from the sides of the pot and that it can be poured onto a cutting board and then sliced with a knife. It has a yellow and compact appearance and is often accompanied by cheeses and meats.

The Sbrisolona is a traditional Lombard cake, linked above all to the Mantua area.

Traditionally, it was prepared with hazelnuts, white flour and cornflour, sugar, butter, and lard. Originally it was the cake of celebrations and important occasions for the peasant class of 1500, but thanks to the Gonzaga court it was also introduced in the menus of the Lombard nobility and aristocracy. It is a very crumbly cake: this characteristic defines its name. “Sbrisa” in Lombard dialect means “crumb”. This cake, in fact, is a cake that crumbles easily.

As the story requires, we recommend accompanying it with a nice glass of sweet liqueur.

The name of the Milanese cutlet derives from the dialect of the city of Milan, where the word “cuteleta” indicates the famous dish consisting, in fact, of veal cutlets, breaded and cooked in abundant butter.

These details, namely the beef and the use of butter, are essential to respect tradition. Over the years, many varieties have been created from this well-known dish but the real Milanese will eat this delicacy only in this way.

However, the guidelines do not specify whether the bone is needed or not: this decision is left to the customer who will savor the soft dairy veal wrapped in the crunchy breading of bread and egg.

In Milan you can find the schnitzel in every traditional cuisine restaurant; we advise you to enjoy a guided tour of the Milanese city to discover all the symbolic places of the city and, thanks to your tour guide, get advice on the best restaurants.

Typical dish with an unmistakable flavor, fried and stuffed with Casera cheese: we are talking about the Sciatt Valtellinesi.

It is gastronomic excellence of the province of Sondrio and of the entire territory of Valtellina. These pancakes are a typical appetizer of the area: not everyone knows that, however, even if today they are served together with wild herbs, they were once a breakfast dish!

Sciatt is a dish that is known for being a delicious street food: at the end of a walk or a ski, in fact, they are a delicacy that many indulge in. It is a mixture of white flour and buckwheat flour, mixed with beer. They are then stuffed with Casera cheese and cooked in oil. A trick is the addition of grappa: this distillate gives a particular flavor to the dough, making it known all over the world The name Sciatt, in dialect, means toad: the name of this derives, therefore, from its amber color, similar to that of frogs.

If you are curious to discover Valtellina, we recommend a wine tasting that you can find by clicking HERE.

Mostarda is a typical side dish from the provinces of Cremona and Mantua: it is a preparation based on mustard, sugar, and fruit. Often, it is accompanied by boiled meats, cured meats, and cheeses and has a very particular flavor, since it consists of both a sweet note given by the fruit and a spicy touch thanks to mustard.

In any case, the Cremonese Mostarda differs from the Mantuan one. In the second, in fact, only one type of fruit is used (for example pumpkin or Campanine apples) and has a more delicate and less spicy taste since the mustard is added only at the end of the preparation. If you want to discover the city of Mantua click HERE for a guided tour.

An ancient tradition of popular Milanese cuisine is to prepare Pan di Miglio around April 23, to honor the memory of San Giorgio.

This dessert is flavored with elderflower and is also known as “Pan Meino”. It has a crunchy and crumbly texture and its heart hides a sweet and overwhelming flavor.

As its dialect name “Pan de Mej” suggests, the main ingredient is millet. It is a poor cereal that was used instead of flour in Lombard bread making.

The history of this typical dessert is intertwined with April 23: according to legend, Saint George killed a dragon to save a girl. It is said, in fact, that the Lord of Milan Luchino Visconti had the same courage as the Saint since on 23 April he took the side of the Milanese against the abuses of the ferocious brigand Vione Squilletti, who terrorized the districts south of Milan. At the end of the battle, to celebrate the heroic Visconti, the Milanese took to the streets with Panarea and pan de mej.

If you are curious to explore the Lombardy region, you can try looking at our experiences by clicking here: you will discover new places and new flavors that will make you fall in love with this magnificent area.